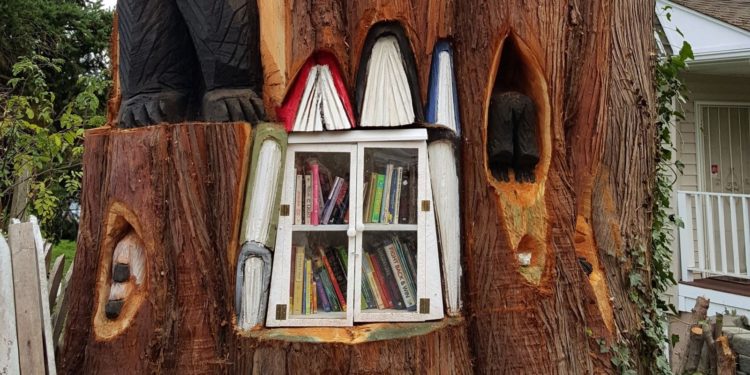 Just up the street from my house (near downtown Everett) there was a large cedar tree. 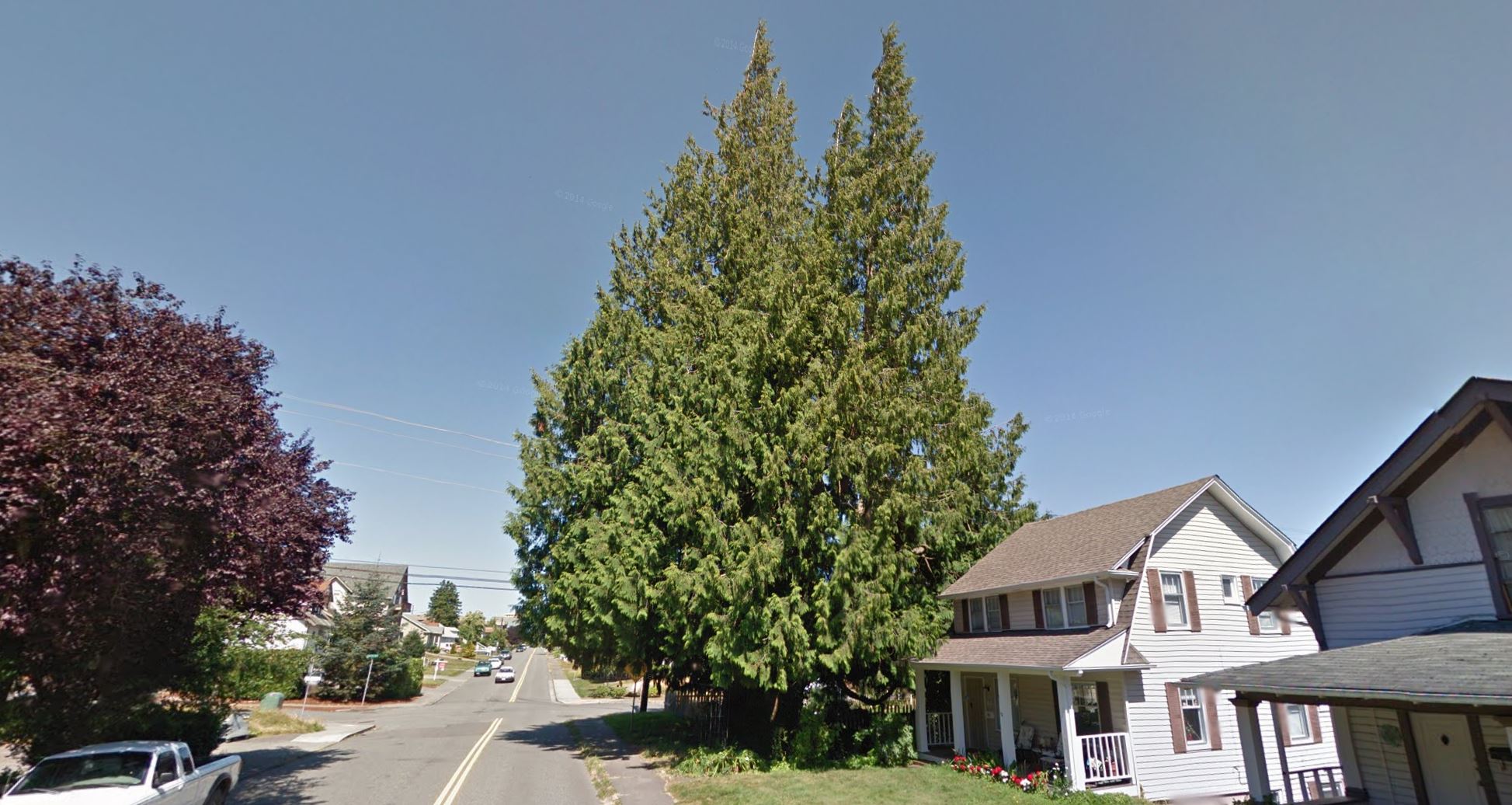 Recently, the owners of the property had a tree service come and cut the tree down. I was sad.

Strangely though, they did not cut the tree all the way down. A bare stump about twelve feet tall was left behind, a lonely testament to the cedar’s former glory.

Then a few weeks later, something magical happened…

Over the course of a few days, the sad stump was transformed into a the most creative Little Free Library I’ve seen to date. 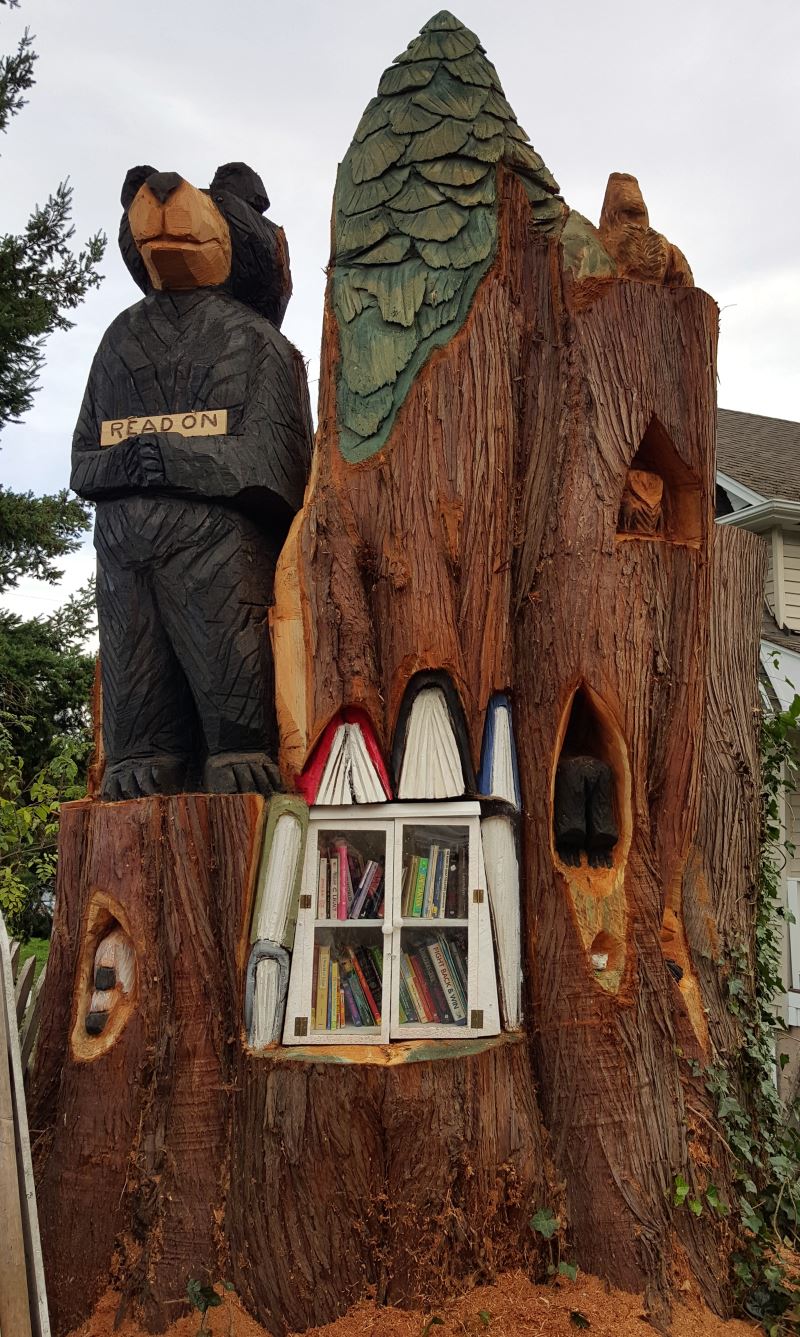 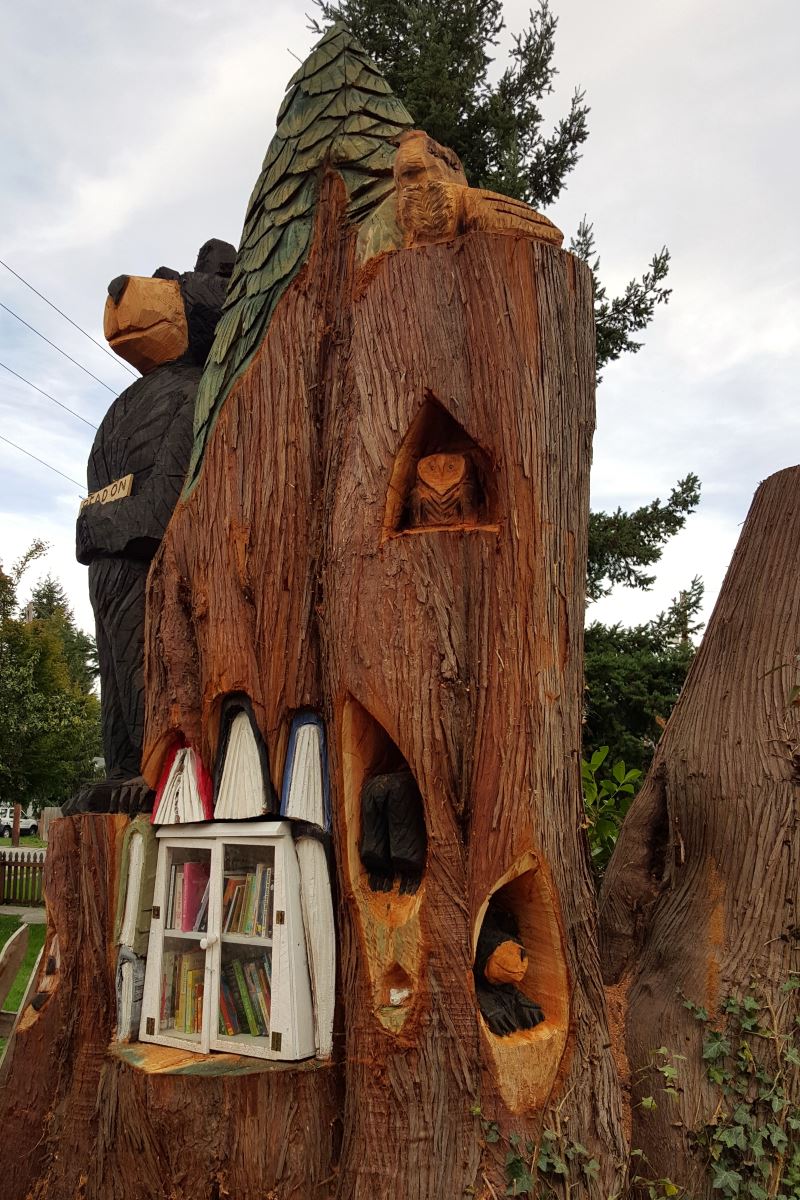 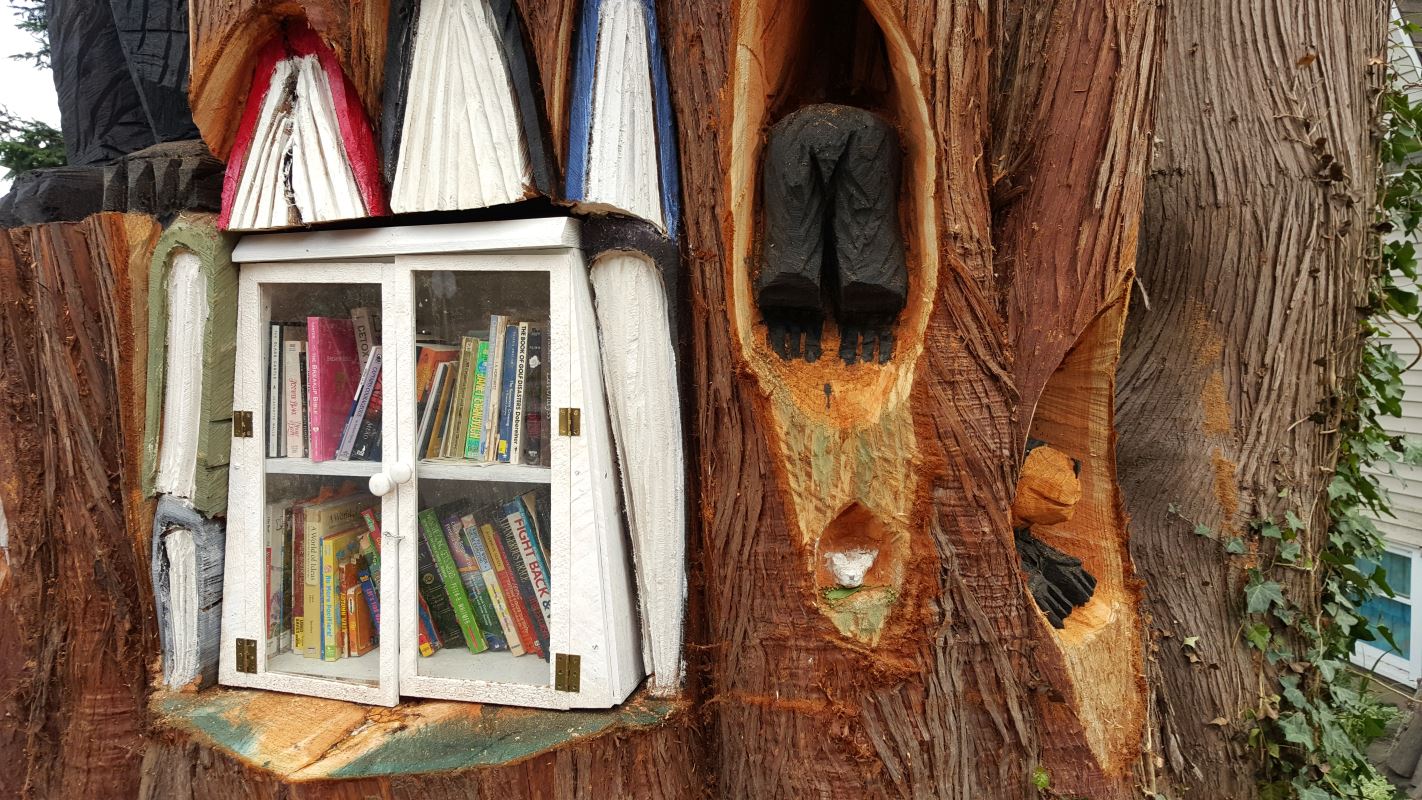 Some old cabinet doors serve to keep the books out of the weather. 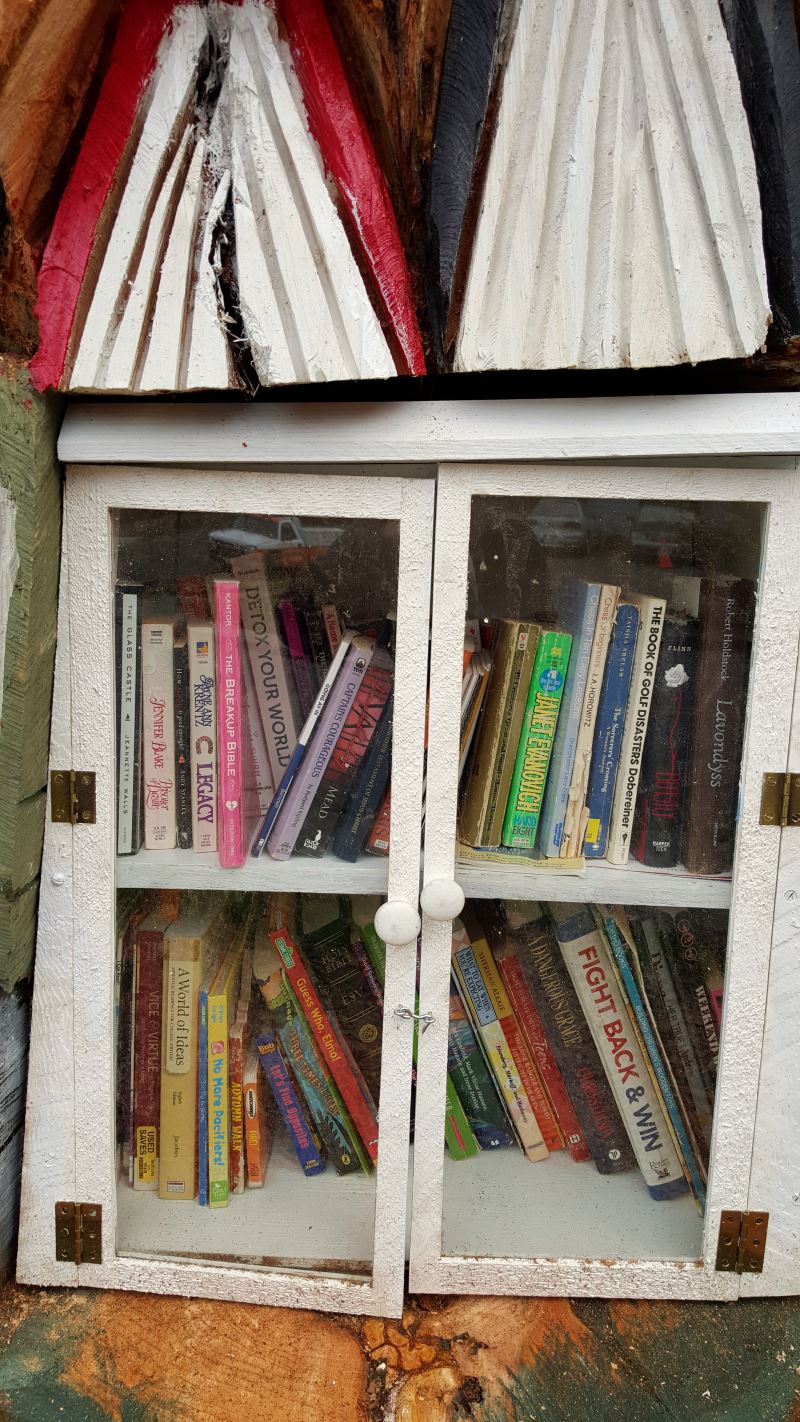 I’m still sad that the tree is gone, but I have to admit, this is a pretty awesome alternative, and it definitely adds some cool character to our neighborhood. Well played, neighbor. Well played.

You can visit the library in person at 35th Street & Wetmore Avenue here in Everett.

[Update]
A couple weeks after I posted this, the Everett Herald wrote up a more in-depth story about the library: Everett woman turns beloved cedars into whimsical library

It all started when Sara Sanders’ beloved cedar took a turn for the worse.

It dropped a big honking limb onto Wetmore Avenue.

“It came down just before that big windstorm (in late August),” Sanders said. “It was time for it to go. The city sent me a letter that said ‘You must.’ ”

Still, it was hard letting go.

“The tree meant a lot to me. One of the reasons I bought the house 17 years ago was because of the tree,” Sanders said. “I wanted to be able to commemorate it in some way because it was a wonderful tree.”

What was once a 120-foot cedar is now a bear bearing books.

A couple days after that, KOMO News ran a video story:

[Update: Unfortunately KOMO deleted the story and the video from their website.]