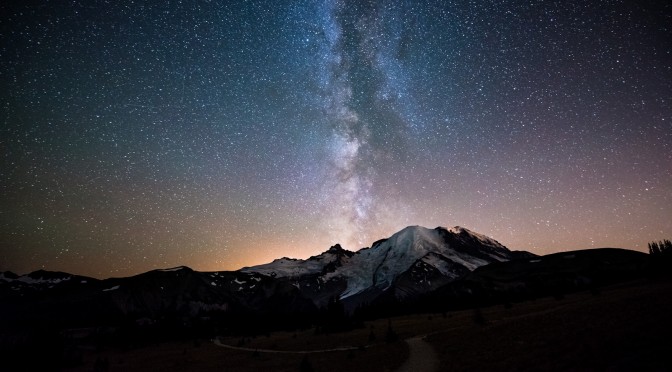 With the news a few weeks ago of the death of six climbers on Mount Rainier, I found myself wondering… just how dangerous is climbing Rainier, anyway? Is it really more dangerous than other risky activities that we do every day?

For example, thirty thousand people in the United States die every year in automobile accidents, but since we don’t see front page headlines about every single fatal collision, perhaps we just perceive the risk to be lower than climbing a mountain. Maybe mountain climbing is just as dangerous as your daily commute, but your perception is skewed.

In order to answer my question, I collected fatality rate data on a variety of activities to compare with climbing Rainier. Here are the risky activity contestants, and the average annual number of fatalities that occurred during each over the last ten years or so.

I wanted to include a good variety of activities, from things we all do every day like walking, riding a bicycle, or driving, to things that most of us probably don’t do, but are widely considered to be dangerous, like skydiving and professional Dungeness crab fishing, an activity that is widely regarded as the “deadliest” occupation in the country.

To compare everything on a relatively level playing field, I divided the total number of deaths over the last ten-ish years in each activity by the total number of trips taken in that activity in the same period, then multiplied by 100 million to bring all the numbers up to a scale that’s easier to visually compare. Okay then! As it turns out, mountain climbing is ridiculously more dangerous than every other activity I was able to find data on. It’s not even remotely in the same league. Climbing Mount Rainier is 14 times more deadly than the “deadliest job” of fishing for crab in Alaska.

Now, it’s worth noting that normalizing for deaths per 100 million trips isn’t totally fair, since most people who attempt to summit Rainier will probably only do it once or twice in their lives, while the average person probably takes 50 to 100 thousand trips in a car through the course of their lifetime. Your odds of dying in a car wreck on any given trip are fairly low, but the odds that you might die in a car wreck sometime in your lifetime are much higher.

Still, I was surprised that climbing Rainier is that dangerous per trip. A 0.02 percent fatality rate sounds low, but it’s way, way higher than every other activity on the list. Of course, it’s not even remotely the most dangerous thing you can do. If I had included a bar for climbing Mount Everest, it would have made everything else on the chart look minuscule. Everest has around a one percent fatality rate—1,000,000 deaths per 100 million trips compared to “just” 15,942 for Rainier. And according to Mental Floss, there are at least five mountains even more dangerous than Everest—including Annapurna in Central Nepal, with a 22 percent death rate (22,000,000 deaths per 100 million trips).

So basically I won’t be climbing any mountains. Ever.