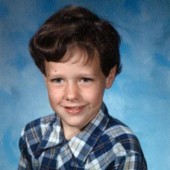 Four score and seven years ago (that’s 87 years, in layman’s terms), our forefathers—okay well never mind, my wife has vetoed that introduction. Go figure. So anyway, from the day that the rings were picked up from E.E. Robbins, Tim kept them in his immediate possession at all times. At work, classes, and in his bedroom, he always kept the red backpack with the 3 ring boxes in the front pocket (her engagement band, her wedding band, and his wedding band) close by his side. Considering that the rings were by far the most valuable items that he owned (both monetarily and sentimentally), he was very, very careful not to let them out of his site.

Well, by now you’re probably thinking “hey wait a minute… isn’t it the best man’s responsibility to keep the rings?” Well, you are right, it is. However Tim and J.R. (the best man) had an understanding. The rings were to stay in Tim’s possession until the morning of the wedding. When they arrived that morning, Tim would then hand the rings over to J.R., so he could fulfill his best manly duty. What could happen to them in the course of a few hours?

As it turns out, more than you think.

After they were all spiffed out in their dandy tuxedos, the time came for the rings to be handed over to J.R.. Tim took each of the three rings out of their box, and placed them all on one finger. After thoroughly checking for holes and finding none, J.R. held open his inside-suit-coat-pocket, and Tim held his finger over the pocket and dropped them in.

About half an hour later, all the guys were in the sanctuary, taking pictures, and J.R. said the last words that Tim wanted to hear:

“Um… Were there three rings, or just two?”

silent stare of death. a sort of “that isn’t funny. tell me you’re kidding” look.

“I’m not kidding. I thought there were three rings, but right now I only have two.”

“This is the first time I have even reached into this pocket since we put them in, I’m sure of it. I reached in to count, and all I feel is your ring and her engagement ring. I don’t know where her wedding band is.”

So, Tim and J.R. checked the floor all around where they were standing, and they checked the lining of J.R.’s suit coat, just in case they somehow missed a hole in the pocket… no luck. The ring was not to be found. Panic began to set in. They crossed the lawn to return to the dressing room. They scoured the dressing room, and searched the lawn. They told everyone they saw, as they all joined in the search for the tiny wedding band. Tim tried to reason through the situation with J.R.. He tried to determine how the ring could have fallen out. Suddenly Tim realized that J.R. had leaned over the sink to wet his hair before geling it. He headed toward the bathroom with J.R., but was blocked, and told that he was not allowed to enter that portion of the building. This rather upset Tim. As it turns out, Jeni (of course not knowing anything about the missing ring) had decided that this would be a good time to arrange some candles in the sanctuary.

As Tim waited for what seemed like hours for Jeni to finish, suddenly a happy shout arose from the direction of the guys’ dressing room. Pastor Lee had found the ring! It was lying on the floor in the dressing room, just below the spot that Tim and J.R. thought that they had placed the rings into J.R.’s pocket. Apparently, somehow the smallest of the rings had missed the pocket, escaping the notice of either of them.

Ever the slaves to tradition, after the ring was found, Tim gave J.R. the rings yet again. J.R. counted them about every ten seconds from then until just before the ceremony, when he placed the rings, all three, on the ring-bearer’s pillow (which was a sunflower).

I shoulda not just sat there.
smiling like a fool.
I coulda touched her silky hair;
broken all the rules.
I woulda told her she was rare—
precious, shining as a jewel.
I wish I’d mentioned how I care,
tried to win my inner duel.

So now I sit here looking back
thinking of the things I lack.
I want to pull out of this rut.
One thing stops me—one word—but.

But right now I’m safe, secure as I sit here.
There is nothing to fix.
But what if she says what I don’t want to hear?
I just can’t take that risk.

Who will show me what to do?
Who will guide my path?
I need to trust in only You.
My God in present, future, past.

I know You have great plans for me,
if only I would try to see.
So I won’t worry about finding someone
of all that I shoulda coulda woulda done.

END_OF_DOCUMENT_TOKEN_TO_BE_REPLACED

Into the darkness I enter.
The black seats lie silently in wait.
Compulsively reaching within the depths of my bag, I take hold of the pencil.
It is sharp, ready to engage the enemy.
The angry desktop is laid horizontal, waiting and eager to join the ambush.

A wristwatch resounds the eerie announcement: eleven o’clock.
The time has come.

There, I see them. Approaching in the distance.
My comrades plunge one by one into the mêlée.
The inevitable torment spreads to them all.

One of the beasts has reached me.
The vile leech begins its solemn task.
Unable to resist, I give way to the attack.
My synapses slow. My energy is being drained.
I endure their continual beating, my will diminishing.

I hear it. The sound of my resolve falling to the ground.
As I slump back in defeat, the battlefield comes into view.
I am not the first to drop. Others can be seen crying out in their silent pain.
Are there any survivors? The opponent’s destruction cannot be total…
there must at least be a few.
Yes. I see some. Scattered about, they continue the fight.

Radiating warmth, one of my persevering companions catches my eye.
Focused on her encounter with the foe, she is still full of life.
On mere observation of her graceful motion, I am instilled with a new hope.
I am a Knight. My armor protects me from the continuing blows of the adversary.
She has given me reason to persist.
I must survive, if only to join her in glorious victory.

I am transformed, swiftly attacking the assailants…

Now the timepiece sounds my triumph. twelve o’clock, and already I am successful.
Smiling, I replace my weapon and lightly stride from the scene.
As I step out into the sunlight, the day is fresh and bright.
I set out to find the one who saw me through the darkest hour.

My spirit is renewed.
The conflict is a shadow of memory, replaced by the beauty of my life’s new love.

END_OF_DOCUMENT_TOKEN_TO_BE_REPLACED

In order to solve any computer problem you are having, first stop being so stupid. If that doesn’t work, simply follow these 7 steps. Begin with step 1. If this does not solve your problem, move on to the next step. If your problem is solved, then there is no need to do any of the other steps. Continue through the list until your computer problem is no more. For details performing any of these tasks, contact your vendor.

I tire. The weight is too much.
Productivity. Procrastination.
The choices are so numerous…

I can’t think clearly. Too much noise.
The door is closed already. I get up and shut the window.
Now the voices are silent. No more noises.
Still it is too much.

The chair. It beckons me. I am easily persuaded.
I retire to its comforting arms.
So quiet… so relaxing.

Someone is at the door. No. They are already inside.
He has snuck in. It is too late. He overpowers me.
I don’t know where he is taking me, only that I must follow.

We arrive at a door. I walk through, and my eyes behold Her.
I turn to ask my captor who She is, but I have lost him in the fog.
He could not have left me. I would know it. Yet, I see him not.

She is drawing nearer, beautiful beyond words, and so full of mystery.
In Her all my ambitions are realized, all my hopes given reason.
I sit down to contemplate what She could mean to me, and all She could bring.
She draws nearer still, radiating through the mist.
How happy I will be when She reaches me, stretching out Her arms to envelop me.
She is almost upon me. I close my eyes in quiet anticipation.
I can almost feel Her joy encompassing me, Her contentment surrounding me.

But wait.
Something is wrong.
I open my eyes.
Where has She gone?
There, behind me. But She is walking away.
How can this be? I had waited so patiently.
I run, trying to catch Her, but it is too late.

She has disappeared into the fog.
I stand alone. Confused.

A ringing, then silence. I look out to find the source, but see only the white haze.
Again the ringing. Again the silence.
The vapors begin to clear.
My surroundings become apparent.
the door.
the desk.
the phone.
A third ring. Leaping up, I answer it, but it is too late. Again I have been passed by.
The chair and its eternal apathy call to me once more.
…this time I stall.
No. This must not continue. I turn to the door, and walk out.
Let the world pass by the chair. I have things to do.
I have my life to live, and I intend to live it to the Fullest.