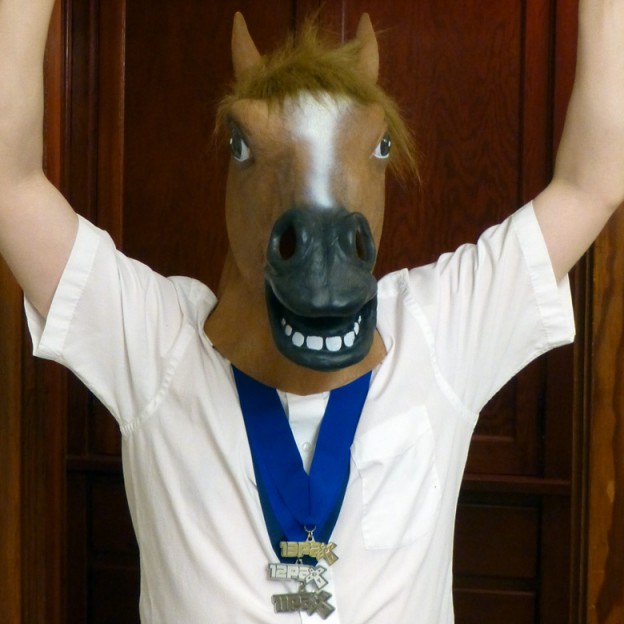 A few weeks ago I attended my eighth consecutive PAX Prime. While there are many things to love about PAX, one of my personal favorites has become the PAX medals. All weekend long there are various tournaments and contests you can participate in to win a medal.

I have won a PAX medal at each of the last three PAX Prime events that I have had the pleasure of attending. In 2011 I got one for placing second in a Pac-Man Championship Edition DX tournament. In 2012 I won one for having the second-best pitch at the Pitch Your Game Idea panel. This year I won a high score contest for the Super Nintendo game Tin Star, using the SuperScope. As I was enjoying my PAX medals, I noticed something odd. Each year, the PAX medals are getting slightly smaller.

Time to break out some measuring tools.

First up, length of the ribbons:

The shrinkage of the medals is even more dramatic than the ribbon shrinkage. If it keeps up at the same rate they’ll disappear completely by 2020.

Finally, let’s weigh these suckers on my kitchen scale.

The loss of mass is the most extreme, with an average loss of 3.5g per year putting the medals on a path to vanish entirely by 2018. Also, apparently PAX medals are not very nutritious.

Here’s a summary of my findings:

There is one category in which PAX medals are getting measurably better: back-side engraving. The 2011 medal just had a generic number. The 2012 medal still had the number, but they added a bit about what the medal was for. In 2013 the number was dropped entirely and the font got a sweet upgrade. Anyway, this is all apparently interesting enough for me to write a 333-word blog post, but despite the shrinkage, I still enjoy my PAX medals. Behold the most insane Tetris clone you will ever play: PuffTris

The more lines you match the more wildly the game board swings around in all three dimensions. It gets even more insane than you can see above, I just didn’t have that good of a game when I was capturing the video.

Another random cool bit about the game: The soundtrack is contained in a file called “pufftris.mod,” which when opened in a music player like Winamp displays the title of the piece as “zaggazogga,” and includes the comment (apparently in Swedish) “NU E DET BROTTOM! Ursäkta för att jag gör detta!” This appears to translate roughly as “NOW, IT’S A CRIME! Excuse me for doing this!” In my book, any game with a soundtrack called “zaggazogga” would be awesome for that reason alone.

I don’t remember where I originally got this game. According to the game’s closing screen it was released in May 1996, and I have had it floating around on various hard drives since high school. When I thought I had lost it in transition between computers, I tried numerous times to locate it on the internet with zero luck, and other than the reference on the game’s closing screen to an entity called “PuffSoft” and the game designer “Jesse,” there aren’t any clues as to who exactly created this game.

[2018 Update]
Some time after I published this post and video, PuffTris appeared online on the website collectingsmiles.com. Here’s the site description:

Collecting Smiles is an independent developer based in Stockholm, Sweden. Collecting Smiles was founded by Jens Andersson in 2007, while on sabbatical from his dual role as Creative and Engineering Lead at Starbreeze Studios in Sweden. He used Collecting Smiles to experiment with new gameplay types and share his findings with the gaming community.

I reached out to Jens on Twitter and confirmed… he is the original creator of PuffTris!

PuffTris was made during the demopoarty Hackerence in 1995. They held a game-jam that weekend with the theme Tetris-clone. I didn't win. :)

So finally after all these years, I can give credit where it is due to Jens for creating what is still my favorite version of Tetris. Be sure to check out his current game Yoku’s Island Express, coming to PC and consoles later this year.

Therefore, I present to you here today the apparently world-exclusive, unauthorized re-release of the world’s most brutal Tetris clone:

Be sure to read the README.txt file. Since this game was released sixteen years ago for MS-DOS, the only way I’ve been able to get it to run correctly on a modern PC operating system is by installing DOSBox and running PuffTris through that. The README.txt file has step-by-step instructions on how to get the game running with DOSBox.

PuffTris has always been my favorite Tetris clone. It’s not overtly evil like HATETRIS, just plain insane. Plus the soundtrack isn’t half bad, especially by mid-90s standards.

Anyway, I hope that some of you out there can enjoy PuffTris as much as I have. 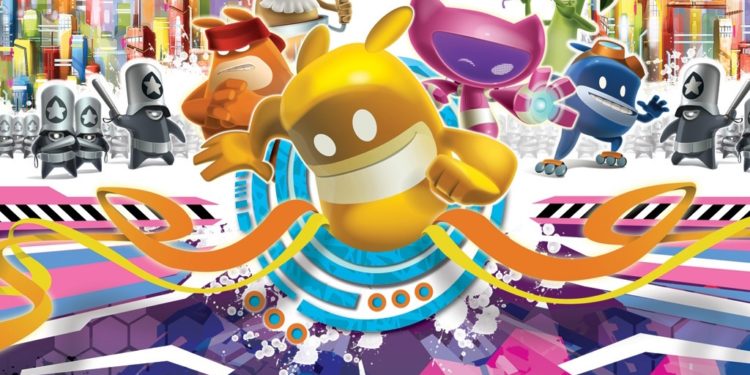 I contend that the Wii game de Blob has the best video game music ever.

The tracks embedded at right were composed by yours truly in-game. I say “composed” because the genius of the music in de Blob is that the music is a fully-integrated part of the experience you get when you play the game.

Each level starts off totally silent. The music begins to kick in as you bring the drab grey city to life with colorful paint. The more colorful the city gets, the more intense the music becomes. Plus, different musical flourishes (vocal ‘dows’, keyboard, guitar, etc.) are added to the music with each building you paint, with the instrument determined by what color you’re painting with at the time.

For more of my thoughts about this under-appreciated gaming masterpiece, check out my full review.

de Blob 2 comes out in a week, we’ll see if they can live up to the high musical standard set by the first game.