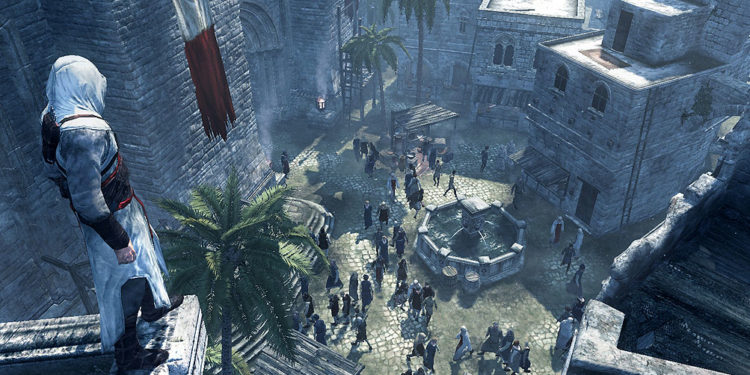 Verdict: So much to explore!
In a Nutshell: In this third-person action/adventure game exploration is the name of the game. With a huge level of interactivity with the environment, the game can at times be quite engrossing.

“The Third Crusade is tearing the Holy Land apart. You are an elite Assassin sent to stop the hostilities by suppressing the powers on both the Crusader and Saracen sides. But as you carry out your missions, a conspiracy begins to unfold. You find yourself tangled up in a conflict that threatens not only the Holy Land, but the entire world.”

I loved exploring the three enormous cities in Assassin’s Creed. The main character Altair can truly grab and climb just about anything, and watching the reactions of the crowd when you do something “high profile” is quite amusing. Each city was split into three areas, and the introduction of each city section played out well and didn’t come across as overly artificial, since each of the nine individual areas was fairly large all by itself. 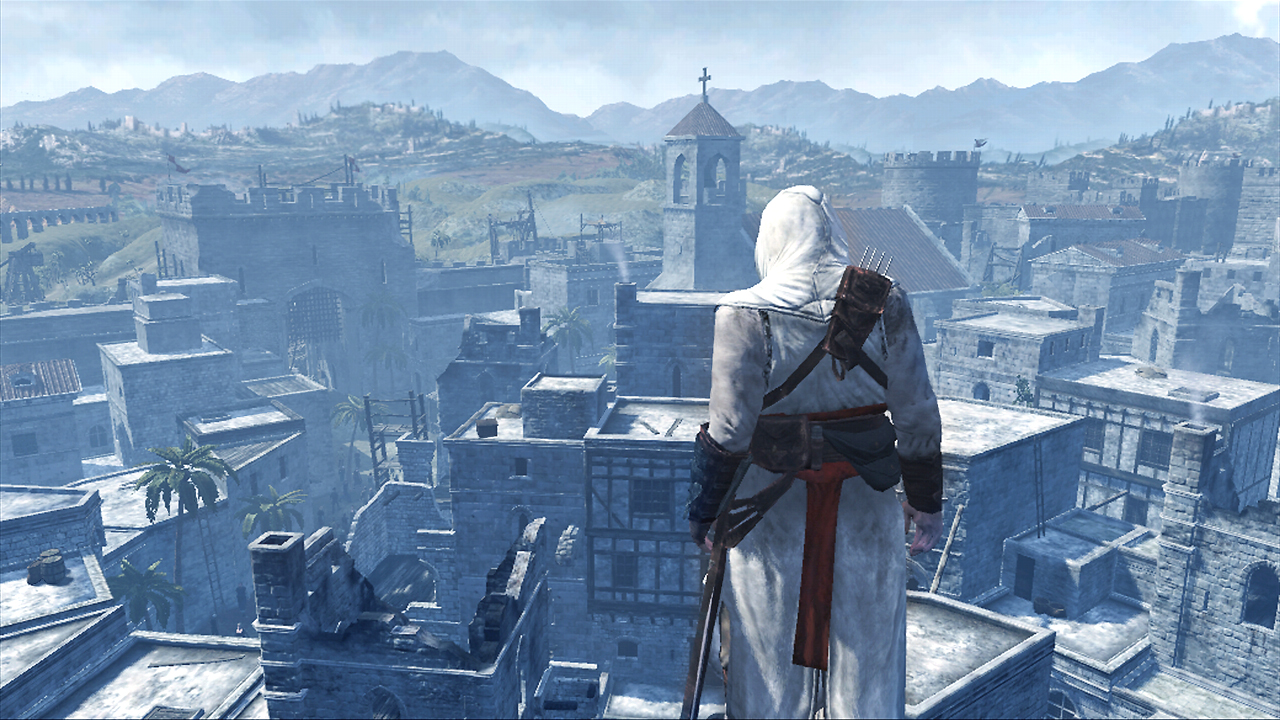 Altair’s motions are wonderfully fluid as he does everything from scaling walls and jumping across rooftops to driving his blade through the gut of yet another brain-dead AI guard. I was happy to leap giddily throughout the cities even without the incentive of collecting all the flags the developers hid throughout the massive environment.

My main complaint is the underemphasis of the stealth factor. In the storyline, they play up stealth as if it’s really important, but when you’re actually out there in the city taking on missions, there’s zero reward for being stealthy. Feel free to run in sword-a-swinging, as you can easily mop the floor with the worthless guards strewn throughout the cities. Don’t get me wrong, it’s lots of fun to lay waste to the hapless protectors of the people, but it’s a bit of a letdown if you were expecting sneakiness to be rewarded.

While some people have complained about the repetition in the minor missions, my only real complaint is the repetition of the sound effects. I didn’t mind saving half a dozen citizens in each section of the city, but it does get a little old when every third dude says “Thank you young man. I only wish my sons were half. as. brave. as. you.” There are roughly 60 “save citizen” missions throughout the course of the game, and approximately four different things that they say after you save them. Did they run out of money to pay the voice extras or something?

If you play a game just to complete the missions and “beat” the game as quickly as possible, Assassin’s Creed probably isn’t for you. This is a game for people that enjoy taking in the scenery and exploring a huge open game environment, with the occasional “fetch this, go kill that” mission thrown in to spice things up.