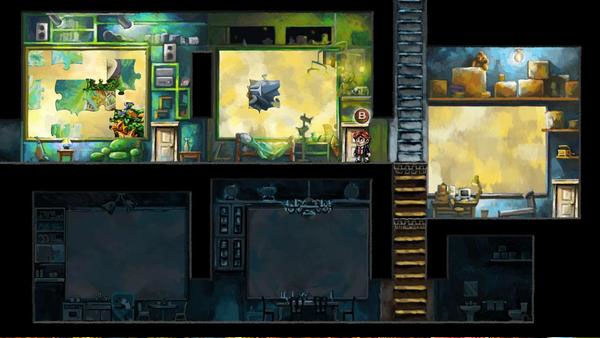 Verdict: In a word: Exquisite.
In a Nutshell: A 2-D puzzle-platformer that sucks you in and makes you twist your brain around in ways you didn’t think possible.

“Braid is a platform game in a painterly style where you manipulate the flow of time to solve puzzles. Every puzzle in Braid is unique. There is no filler. … Journey into worlds where time behaves strangely; observe, learn from, and then master these worlds.”

At its heart, Braid is a basic platformer. Control Tim, the main character, with the left stick, jump with “A”. As you progress through each of the game’s five main “worlds,” you are given different abilities to control time in unique ways. Every level has a series of puzzles you must solve by combining the platforming physics and the rules of how time works in each world. In each world you collect 12 puzzle pieces that combine to create a painting.

This game is just plain fun. The puzzles are unique and challenging, but never frustrating. Many times I would enter a room, see a puzzle piece to collect, and think “how in the hell am I going to get that?” The process of figuring it out was fun, and the result is a very rewarding feeling.

At first, the time-manipulation ability came across as nothing more than a cheap copy of the mechanic pioneered in Prince of Persia: The Sands of Time, but after the first few stages it became apparent that time-manipulation in Braid is so much more. The developer really took some clever and unexpected turns with the time mechanics. 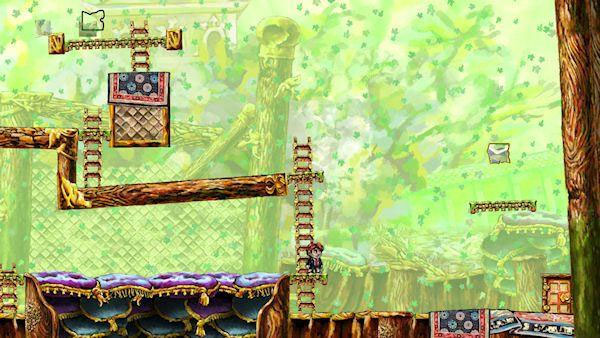 The art style of Braid is delightful, and the soundtrack of licensed indy instrumental pieces compliments the overall mood perfectly. The whole environment just draws you in and puts you in a different world. I first sat down to play the game at around 8:00 PM on Friday night, and when I looked up at a clock after what seemed like maybe half an hour, it was after midnight.

The final level of the game is absolutely brilliant, and left me with a strange mix of feeling both proud of my accomplishment and sad for the character.

My only complaint would be that I wanted more. That being said, for $12-$15, it definitely delivered a good value for the money.

If you have an Xbox 360 (it’s also coming out for PC later this year) and enjoy challenging puzzle games, there is no reason not to pick up Braid. Braid is on my short list for best game of 2008.