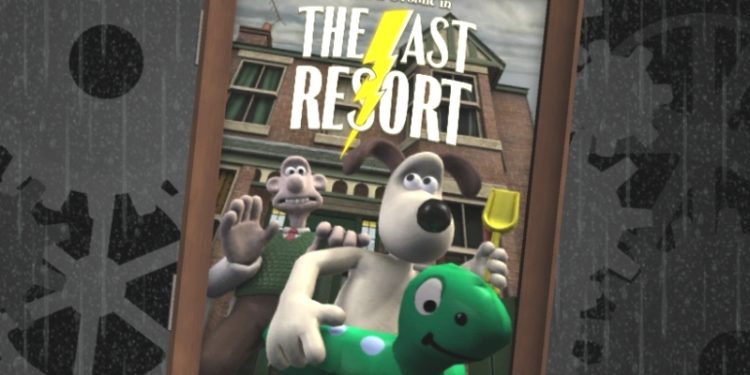 Verdict: A satisfying second helping.
In a Nutshell: The Last Resort is the second episode in this adventure game series. You play as Wallace and Gromit trying to manage your basement beach getaway for the locals.

“When unrelenting rain ruins their holiday plans, Wallace & Gromit bring the beach to 62 West Wallaby with a makeshift resort—in their basement. Keeping customers satisfied is tricky business, especially when one of them is clocked on the head by an unknown assailant. Whodunnit? Find out… with a little help from Wallace’s latest invention, the Deduct-o-matic!” 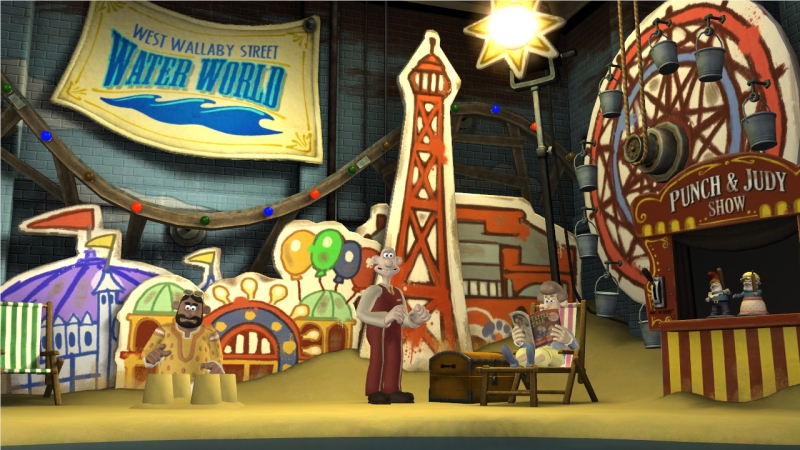 Using either the arrow keys or WASD will move you around as Wallace or Gromit, depending on where you are in the story. Each character is concerned with their own particular items so there’s no worry about the wrong one having something the other needs.

Select items to examine, pick up, admire, or lament over by first putting the cursor on an object and then clicking the left mouse button. Items you pick up are somehow stored on your person (do they both have bags of holding?). Pressing the “I” key will bring up your inventory.

Talking to other characters is done in much the same way. If you’ve already heard (or don’t want to hear) what they have to say on a particular subject, the conversation can be skipped through with the right mouse button.

A more exhaustive list of controls can be found on here on TellTale’s site. 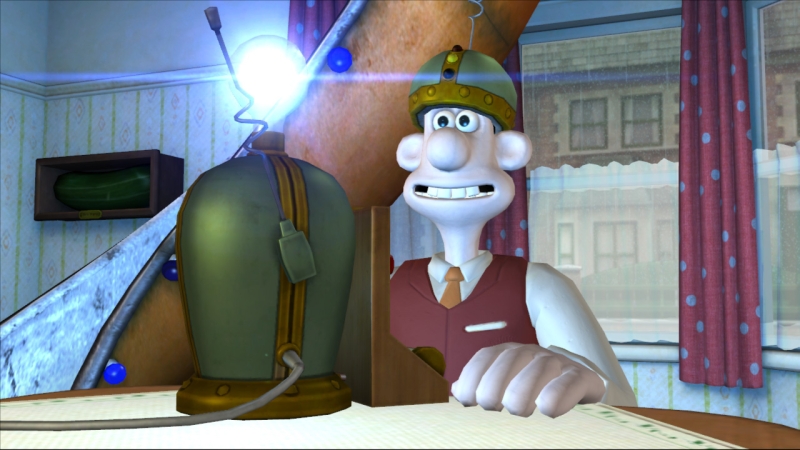 [The Tim:] Once again, the witty writing of the Telltale team did not disappoint. Although there were few moments that had me laughing out loud, my entire Episode 2 experience was peppered with chuckles at the amusing dialogue. The storyline itself was clever and enjoyable, despite being “trapped” in the house for most of the game. I also noticed the music more often this time around, and found it to be upbeat and mildly catchy.

[dufflehead:] I really don’t have much to add to that. The story and script were definitely smile inducing. Also, the side characters are great and I’m really enjoying learning more about them in each episode.

[The Tim:] Also note that my comments about the game engine and gameplay elements from Episode 1 of course still stand for Episode 2. 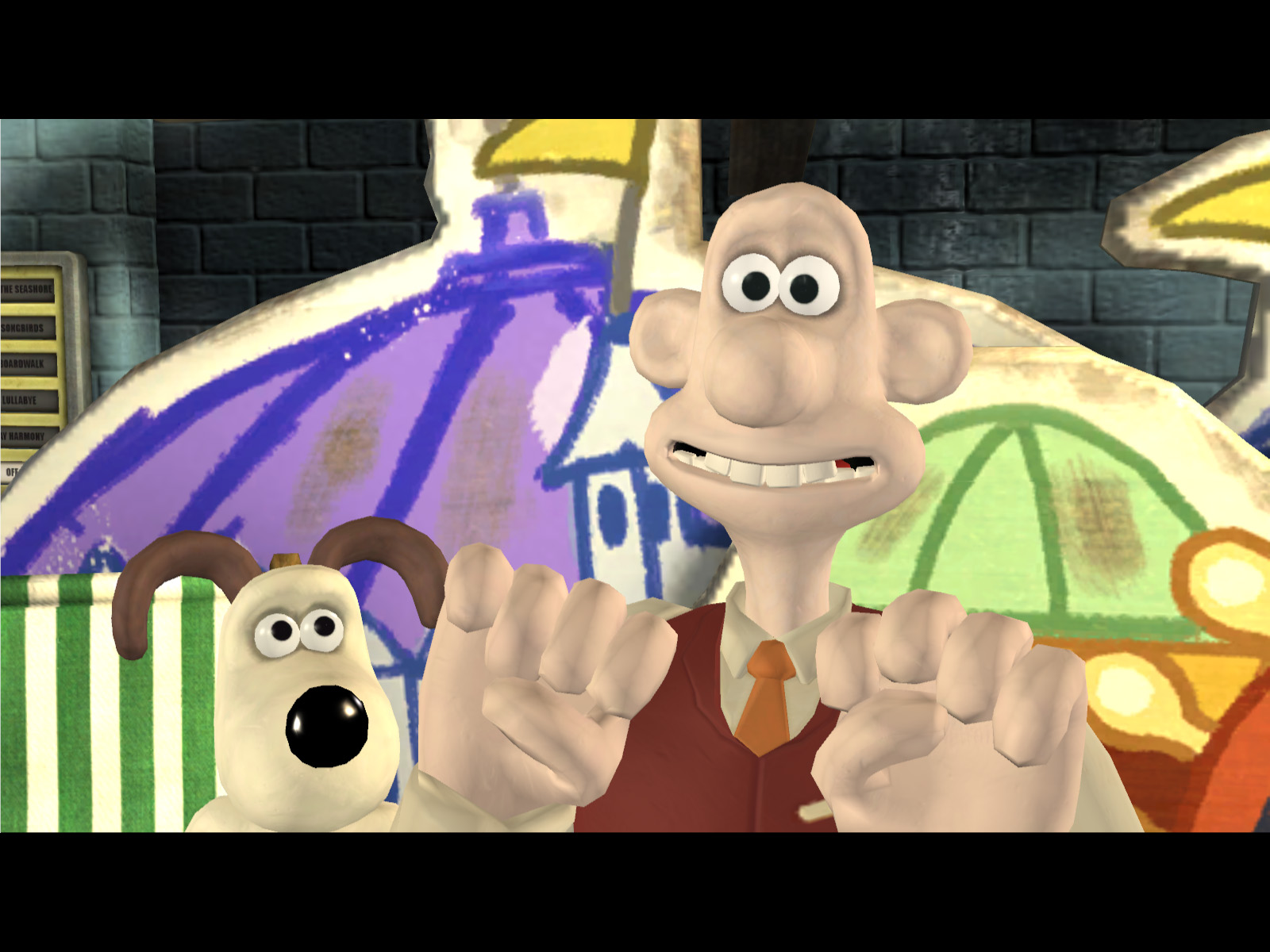 [dufflehead:] The game itself is really solid. The only nit to pick with this one is that, for and adventure/mystery plot, some of he storyline reveals were too obvious taking a lot of the guess work, and fun, out of figuring out who dunnit.

[The Tim:] “The Last Resort” seemed to me to be even shorter than “Fright of the Bumblebees,” although that could be merely because I’m getting the hang of the Telltale style of puzzles now and am therefore faster at figuring them out. On the other hand, I fell upon a few of the puzzle solutions merely via luck. Those particular puzzle steps seemed like they could have used a little more intentional planning on the writing side, but they were definitely in the minority. 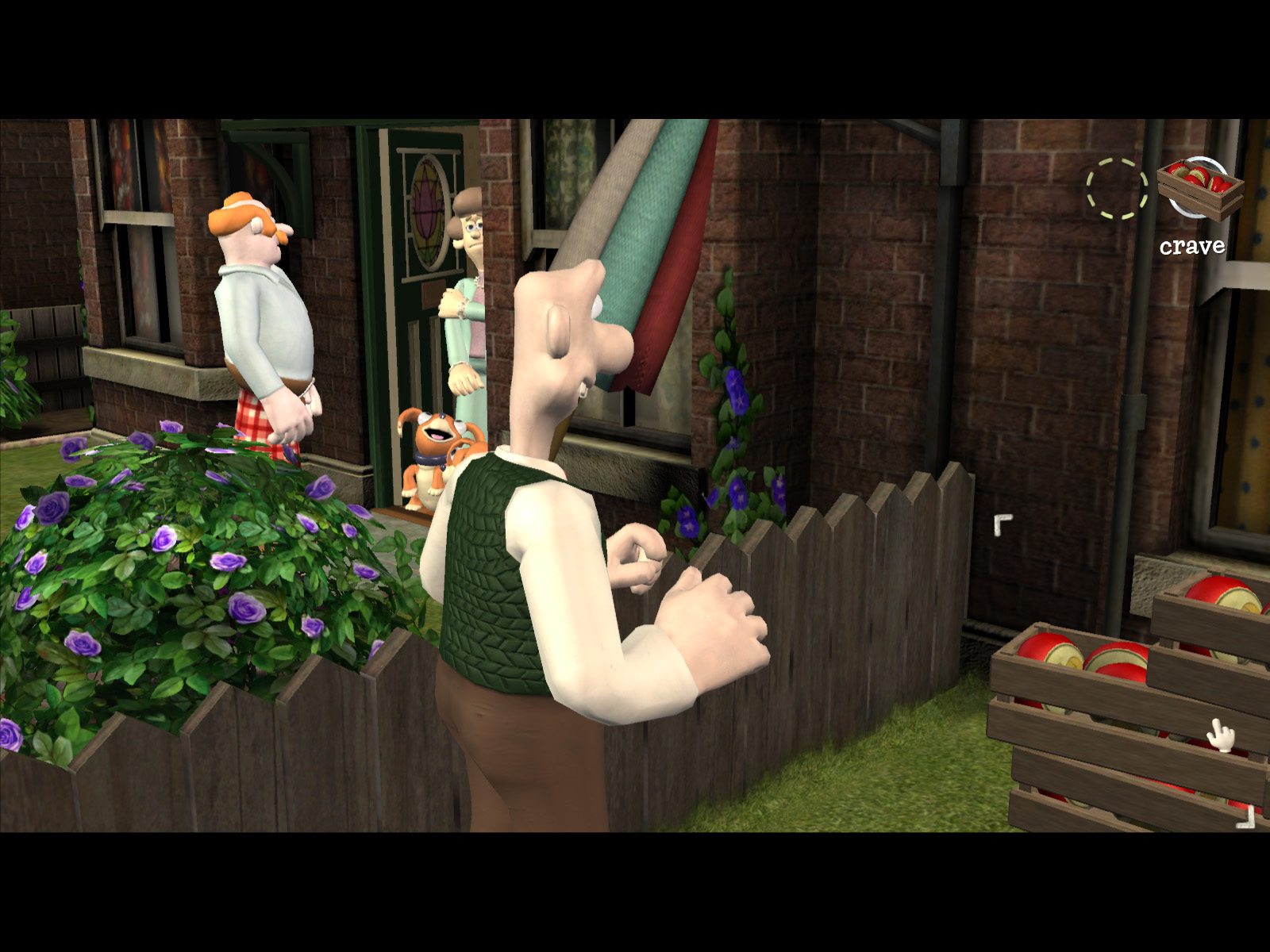 [The Tim:] Definitely worth a play. If I hadn’t been convinced after Episode 1 to buy a season pass, I definitely would be now. I like the way the series is shaping up, and have been pleased with Telltale’s handling of the Wallace & Gromit world.

[dufflehead:] I agree. And, while this episode felt rather short, it also seemed to move at a better pace. This is definitely a season worth having and I’m excited to see what these two get up to next.